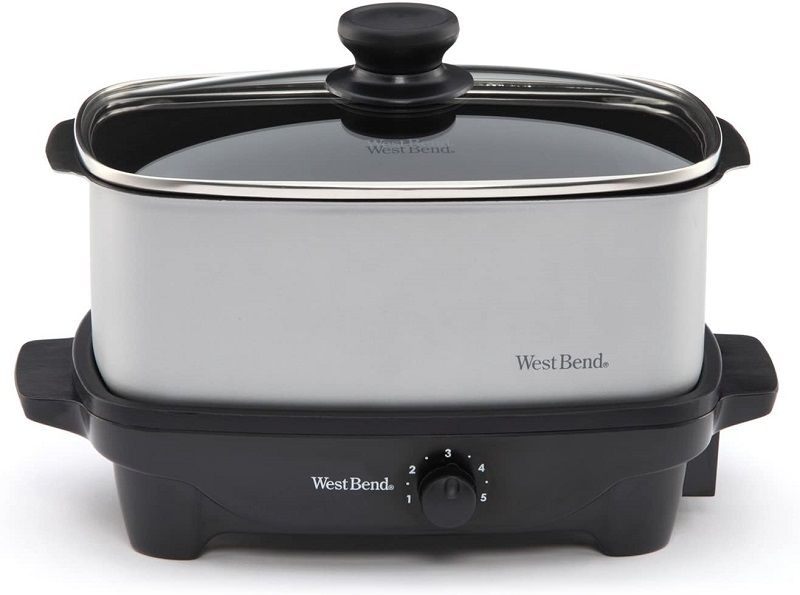 Similar to other slow cookers offered in the market that provides convenient cooking experiences to users, West Bend 84915 cannot be left behind in terms of ease-of-use. This crock pot’s added distinct features make it outlast its competitors. Those who prefer using the conventional manual cooker will perfectly suit ownership of this kitchen machine. It has an adjustable temperature selection that fits any desired cooking mode required for different kinds of recipes. West Bend 84915 is also known to be a very versatile slow cooker and can withstand extreme temperatures. Thus can be used for oven baking, range top cooking, and even stored in the freezers. It also has a nonstick griddle base than can be used separately for simple frying. West Bend 84915 comes with an insulated tote that gives an added convenience to users when it is transported from the kitchen to another location without the need to reheat the food as it can still be served warm. 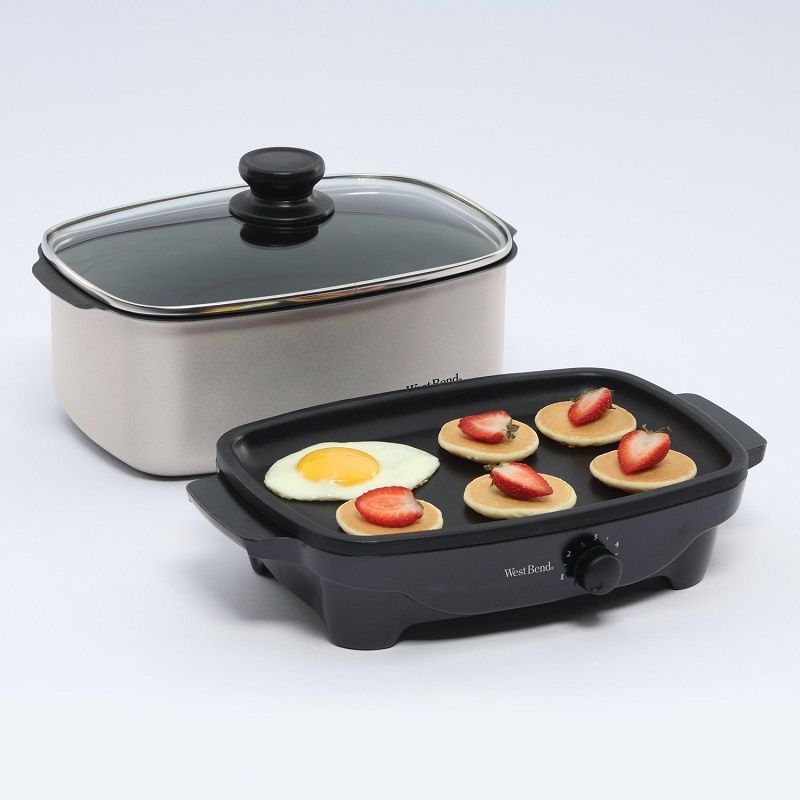 Existing users are mostly satisfied in their ownership of West Bend 84915. It is said to have unquestionable durability than can last over a decade or two which, of course, depends on its proper use and handling. The affordable price is something to be valued on top of its coming from a well-trusted brand of cookware. The insulated tote package is among the quality that is well-loved by consumers making its transport quite easy plus its wide room that can fit and accommodate all of its parts. Cleaning of West Bend 84915 will never be an issue as it can be cleaned manually by the use of soapy water and safe to use even on dishwashers. Owners of this slow cooker who enjoy traditional cooking are provided with added comforts because of the option to select the desired or required temperature results to precision in cooking.

Some West Bend 84915 users encountered problems in handling the temperature selector particularly when it automatically resets to the highest available temperature even when set according to the desired level. Others found the lid of their unit not to fit the pot. These could be due to manufacturer’s defect or even the user’s fault to properly handle the slow cooker. It is advised that the owners check and review their manual to know how to appropriately and properly operate the machine. With the little known issues that can provide discomfort to its users. Minor problems such as these are overcome by the great help brought by the manually operated kitchen tool to ones cooking abilities.

An overall review of this West Bend 84915 yielded positive feedback. As it is found to be an exceptional gadget in one’s kitchen. The slow cooker is loaded with practical applications that proved worth of ownership and usage. Being able to serve a sumptuous meal, from a simple casserole to exquisite gourmet recipes for a family of five including pocket parties becomes a possibility with West Bend 84915. This slow cooker will never be a hard find as it is available online. 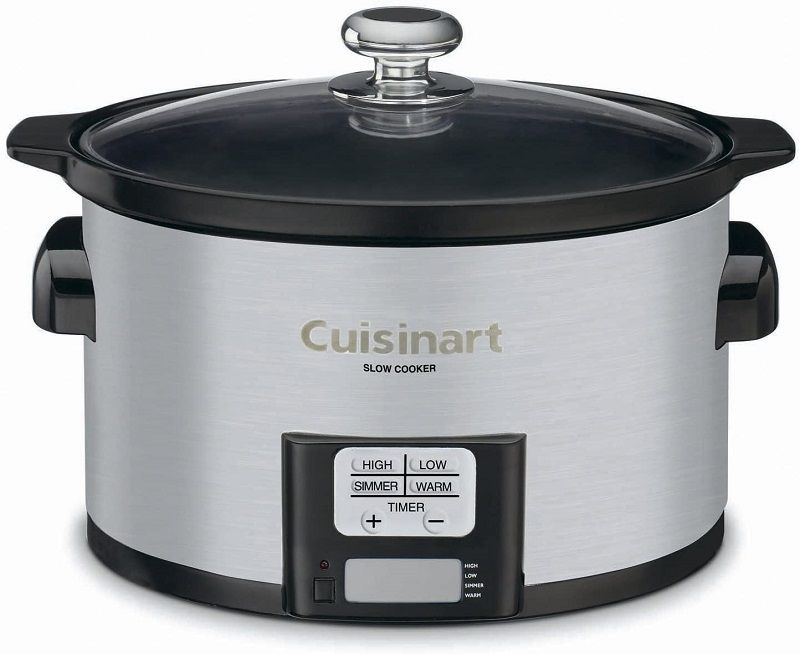