Sanyo ECJ-F50S: Non-Stick Rice Cooker and Steamer in One with Timer

The Advantages and Disadvantages of Zojirushi NS-ZCC10 Rice Cooker 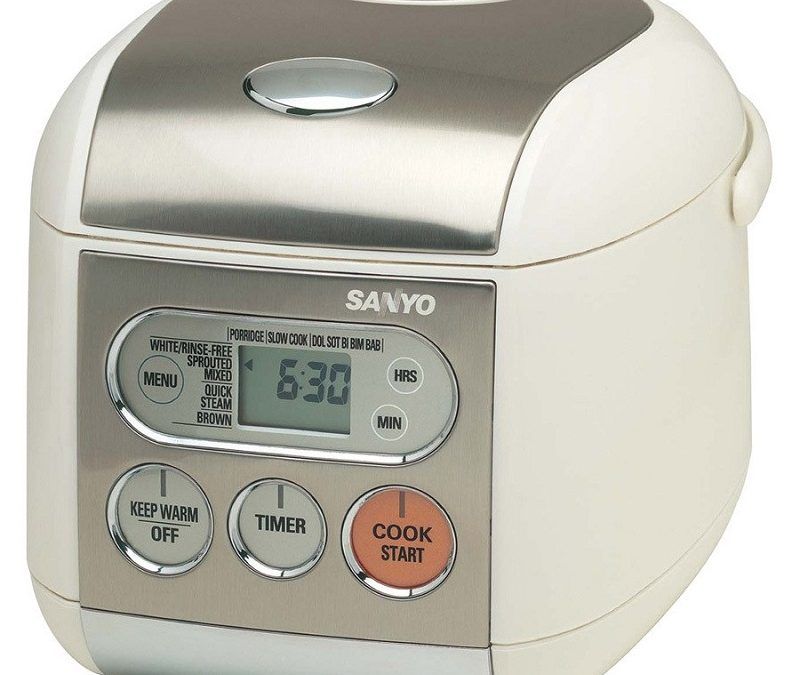 Sanyo ECJ-F50S 5-Cup Rice Cooker and Steamer Reviews: In a home where people eat rice every day, having a computerized or electronic rice cooker is a must. The products like the Sanyo ECJ-F50S is very helpful to mothers and even to single individuals who need to do a lot of things and cook rice at the same time. The Sanyo ECJ-F50S micro-computerized rice cooker and steamer currently costs around $120. With nice features and only a few flaws, this product can be considered as a good deal. 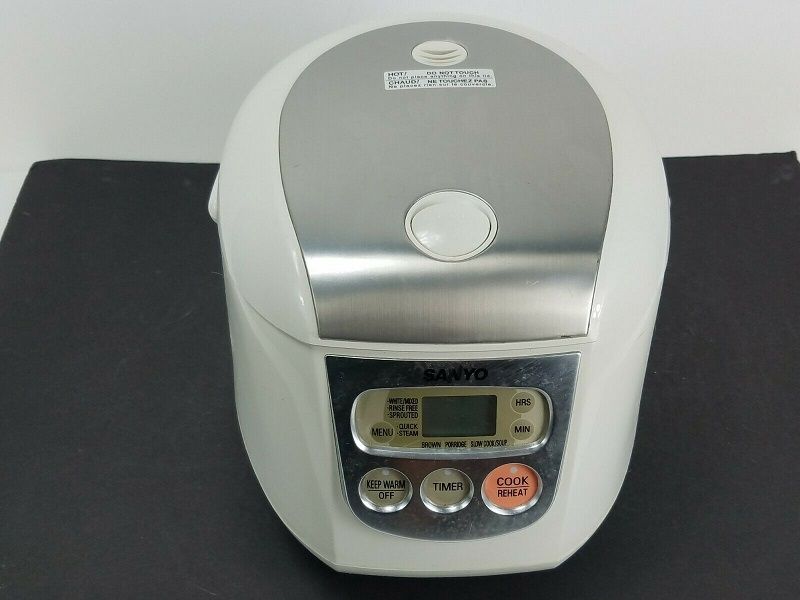 The Sanyo ECJ-F50S is a 5-cup rice cooker and steamer. It is computerized and utilizes a 24-hour timer. The pot also comes with a steaming tray, spatula, measuring cup, manual and warranty.

Some features of the Sanyo ECJ-F50S micro-computerized rice cooker and steamer that are not available on all rice cookers and steamers are the 24-hour timer and LCD clock display.

The Sanyo ECJ-F50S has a 24-hour timer, which is one of the things that make it a much better unit than others. The 24 hour timer lets the users to set the unit to cook ahead of time. It is best for individuals who want to have warm cooked rice after a hard day’s work. The unit’s “keep warm” feature may be useful if you need to work overtime because it can keep the rice warm up to 12 hours.

It is also a good choice because it is multi-functional. It is also suitable for cooking different rice varieties such as white and brown rice as well as rinse-free rice and the Korean Dol Sot Bi Bim Bab. Aside from cooking rice, the Sanyo ECJ-F50S can also be used to make soup or steam vegetables and eggs.

The pot of Sanyo ECJ-F50S is thick and coated titanium so one can always expect even cooking because the heat is equally distributed inside. It can contain up to 5 cups and is coated by titanium. It is made so that every piece of rice does not stick. The bottom part of the pot also ensures even heating.

Most importantly, the Sanyo ECJ-F50S micro-computerized rice cooker and steamer is one of the easiest to use and easiest to maintain. To use, one just needs to pour the water up to the right level, select the kind of rice in the menu, and press the start button. There are options for quick and slow cooking as well as porridge and steaming. For cleaning, the task will be lighter because the steam vent can be easily removed. In fact, it does not need to be cleaned often.

The Sanyo ECJ-F50S micro-computerized rice cooker and steamer has some cons, too. For instance, the timer can only be used for the rice cooker; not for the steamer. There is also no sound (i.e. beep) when cooking is done.
One who will not read the manual may also encounter some problems using the unit. For instance, you may not notice immediately that the unit does not automatically shut the keep warm mode even after you have taken some cooked rice out of the pot. 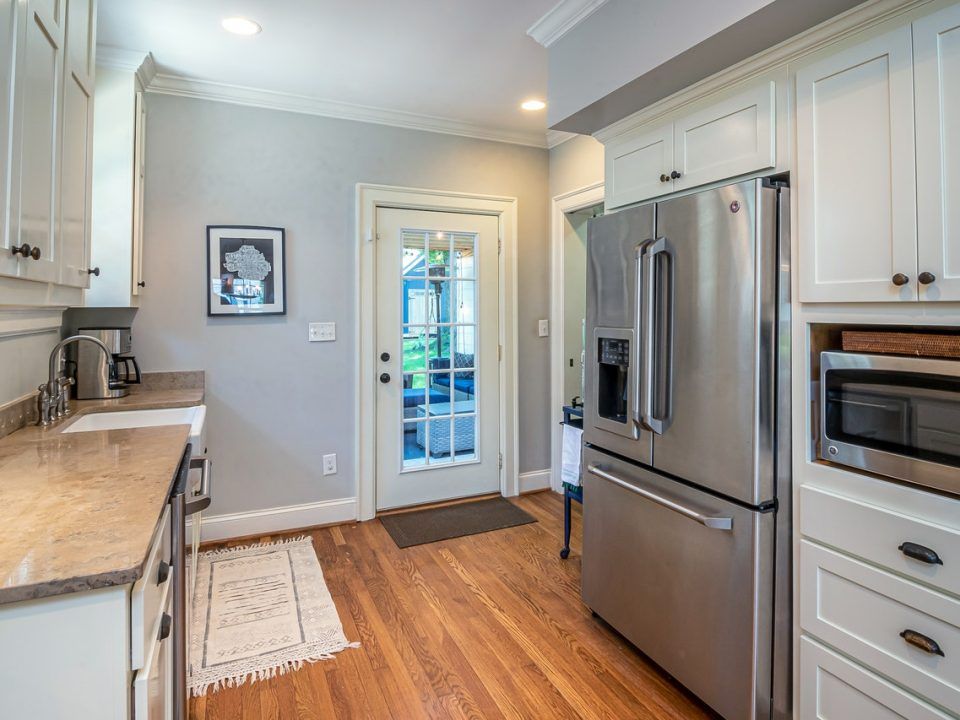 Refrigerators come in many sizes. Make sure to read the manual before starting the moving process. 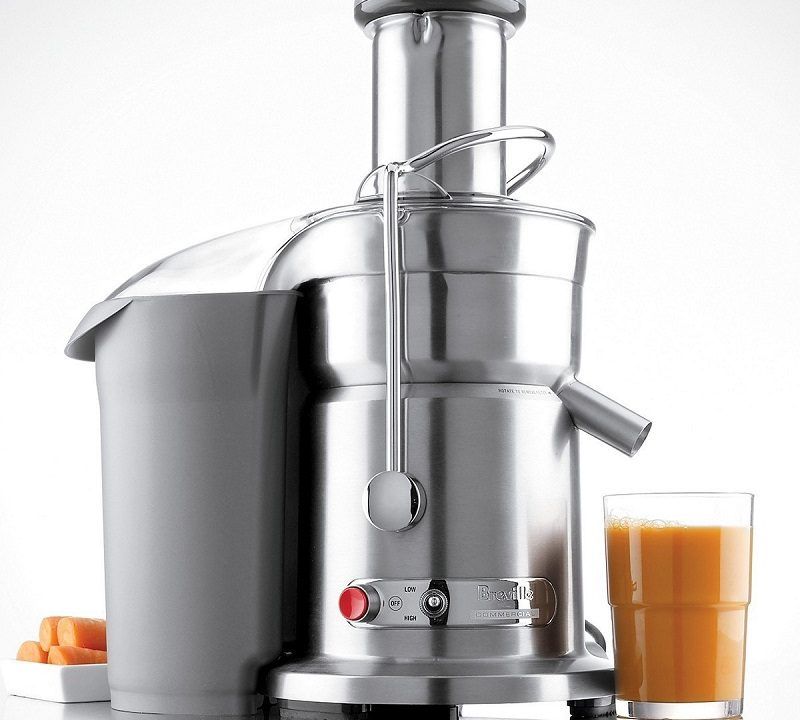 Four Best Juicers For Every Home 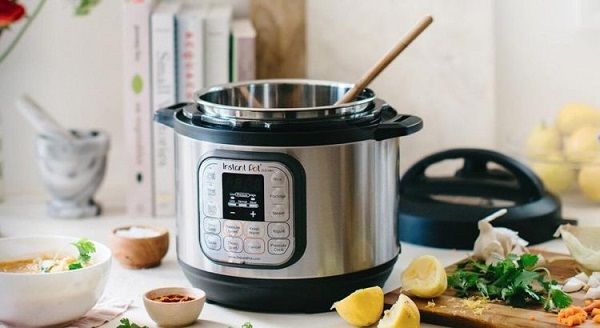 Is a Rice Cooker a Slow Cooker